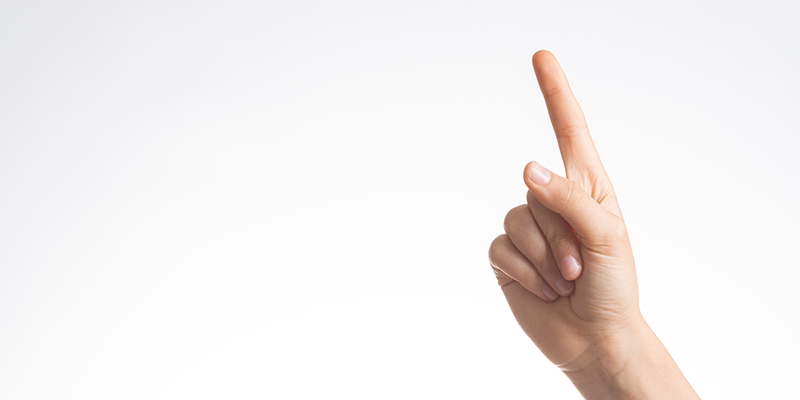 TOEIC, an English test for international communication, consists of a total of 7 parts. Parts 1 through 4 are areas that evaluate listening skills, commonly called the Listening Comprehension or more commonly, the LC, and parts 5 through 7 are areas that evaluate reading skills, namely the Reading Comprehension, or the RC section for short. Among them, today we are going to talk about TOEIC Part 1.

TOEIC listening Part 1 evaluates basic listening skills required in everyday life. A total of six questions are given, and you are to listen to the four sentences and choose the sentence that best describes the picture shown in the question. The TOEIC Part 1 questions only feature the pictures, and you can only listen to the options by sound. Therefore, rather than listening to all of the options (A) through (D) and then choosing the answer, it is more effective to cross out the wrong answers for each question in TOEIC Part 1 as you listen. The pictures in TOEIC listening Part 1 can be classified into 4 types depending on the type of picture and the composition of the options. If you keep this in mind, it will be easier to target Part 1 in the TOEIC. Now, let’s take a look at each type of question.

‘A (person) is doing…’ – Photographs with one person

If multiple people appear – Photographs with two or more people

The second type of TOEIC Part 1 questions have photos of two or more people. This type is similar to the type of photo with one person in that it is person-centered. However, the subject of the options given can either be the entire people or a few out of the entire people in the picture, so the subject for each option can be different. The correct answer is the one that describes the behavior, state, or posture of some people or all people, and any options that say a certain description that corresponds only to some of the people, corresponds to all the people shown in the picture are wrong. Like photographs featuring one person, if you hear an option that states about an object that is not in the picture and/or a place that is not related to the background of the picture, that is a wrong answer.

The third type of TOEIC Part 1 questions shows people with objects – a mixture of people and objects. Various forms of options are presented, such as “is/are ~ing” in the form of a human subject, and “is/are -ing + past participle” in the case of an object, or “is/are -ing + past participle” in the form of a passive sentence. The option that accurately describes the behavior, state, or posture of a person or the state or posture of an object is correct, and options that inaccurately describe something or mention objects not in the picture or unrelated places are wrong.

The last photograph question type of TOEIC Part 1 is the type featuring object and landscape photos. In this type, there are mostly no people in the picture, and the subject of the options are only the objects. An option that accurately describes an object’s state or posture is correct, and options that incorrectly describe an object’s state or posture, an object or person not in the picture, and options that mention a place unrelated to the background of the picture are incorrect. If an object is a subject, the option appears in the form of ‘has/have been + past participle’ and ‘There is/are…’ For options in the form of ‘is/are being + past participle’ are descriptions of the action currently being applied to an object, meaning that the person who is the subject of this action should appear in the picture. Therefore, they are wrong when it comes to object and landscape photographs.

Useful tips to get a high score on TOEIC Part 1

TOEIC Part 1 is generally thought of as the easiest part, but you need to stay modest so that you don’t make mistakes. Even if you have already chosen the answer, it’s good to listen to the rest of the examples and make a habit of checking the answer again. In particular, it is easy to miss the words that you know when they’re pronounced in an Australian or British accent, so you should familiarize yourself with the words that often appear in TOEIC Part 1 by listening to them in different accents from the United States, Australia, and England. This time, let’s classify the words that appear frequently in TOEIC Part 1 by the topic of the picture.

The verbs that often appear in pictures with offices as the background are as follows.

The following are the nouns that always appear in office background photo questions. They are must-have items in every office.

Photos of people working indoors and outdoors are often featured in Part 1 of TOEIC. When a picture like this appears, the words below almost always come out!

Shall we continue to find out the TOEIC Part 1 target words that are frequently asked for each topic of the picture?

Instead of focusing on the background, TOEIC Part 1 also features pictures that focus on the posture and condition of the person in them. In that case, the expressions below are often used.

What did you think about the TOEIC test words we found out about today? Rather than simply memorizing every single word from the list, it will probably be more effective to memorize the types of questions and situational backgrounds of the questions. Experience a TOEIC score improvement in a short amount of time through the use of effective TOEIC study methods.

Riiid TUTOR is an efficient  TOEIC solution based on AI technology that helps you achieve your target TOEIC score in a short period of time.

Check out the Riiid TUTOR App for all the materials you need for the TOEIC test, from questions that reflect the latest TOEIC trends to free TOEIC lectures and the most suitable TOEIC study methods tailored just for you!

Riiid TUTOR will be back with more useful information to help you study for TOEIC!